"Anyone killed or martyred is to be called a civilian from Gaza or Palestine, before we talk about his status in jihad or his military rank. Don't forget to always add 'innocent civilian' or 'innocent citizen' in your description of those killed in Israeli attacks on Gaza.

"Begin [your reports of] news of resistance actions with the phrase 'In response to the cruel Israeli attack,' and conclude with the phrase 'This many people have been martyred since Israel launched its aggression against Gaza.' Be sure to always perpetuate the principle of 'the role of the occupation is attack, and we in Palestine are fulfilling [the role of] the reaction.'

"Beware of spreading rumors from Israeli spokesmen, particularly those that harm the home front. Be wary regarding accepting the occupation's version [of events]. You must always cast doubts on this [version], disprove it, and treat it as false.

"Avoid publishing pictures of rockets fired into Israel from [Gaza] city centers. This [would] provide a pretext for attacking residential areas in the Gaza Strip. Do not publish or share photos or video clips showing rocket launching sites or the movement of resistance [forces] in Gaza.

"To the administrators of news pages on Facebook: Do not publish close-ups of masked men with heavy weapons, so that your page will not be shut down [by Facebook] on the claim that you are inciting violence. In your coverage, be sure that you say: 'The locally manufactured shells fired by the resistance are a natural response to the Israeli occupation that deliberately fires rockets against civilians in the West Bank and Gaza'..."

Additionally, the interior ministry prepared a series of suggestions specifically for Palestinian activists who speak to Westerners via social media. The ministry emphasizes that conversations with them should be conducted differently from conversations with other Arabs. It stated:

"When speaking to the West, you must use political, rational, and persuasive discourse, and avoid emotional discourse aimed at begging for sympathy. There are elements with a conscience in the world; you must maintain contact with them and activate them for the benefit of Palestine. Their role is to shame the occupation and expose its violations.
"Avoid entering into a political argument with a Westerner aimed at convincing him that the Holocaust is a lie and deceit; instead, equate it with Israel's crimes against Palestinian civilians.
"The narrative of life vs. the narrative of blood: [When speaking] to an Arab friend, start with the number of martyrs. [But when speaking] to a Western friend, start with the number of wounded and dead. Be sure to humanize the Palestinian suffering. Try to paint a picture of the suffering of the civilians in Gaza and the West Bank during the occupation's operations and its bombings of cities and villages.
"Do not publish photos of military commanders. Do not mention their names in public, and do not praise their achievements in conversations with foreign friends!"

scott_adams_blo at Here Comes the Age of Magic

I expect someday to wear at least five tech devices at the same time:

One of the rules I expect to emerge from the wearable tech industry is the idea that your abilities double every time you add a new connected device to your body. For example, having your phone with you creates one layer of identification. But having your phone, ring, watch, ear bud, and glasses with you is far greater assurance that you are who you say you are.

I would imagine that people have very specific walking and moving patterns. If you kill me and steal my five wearable tech devices they would eventually deduce by how you move that you are not me and the devices would shut off. That system only works if you have multiple wearable devices that are all synched, so again, more is better.

Having a paired watch and phone is great, but add a ring to the mix and your capabilities double. That's because you need both a ring and a watch to detect the position of the user's hand. And you need a ring for one-handed mouse-clicking in the air. Imagine walking to a crosswalk and doing the "halt" hand motion in the direction of traffic. Your ring and your watch can tell by their orientation to each other that you have formed that gesture and so they send a "pedestrian waiting" message to the street light. The lights change for you and you cross. It will feel like magic.

Or point at something in a vending machine and your watch and ring can detect which item you selected, charge your credit card, and send a code to release the item. To an observer it will seem that you pointed at an item and magic released it.

I also imagine that the rules of polite behavior will force wearers of tech glasses to signal what they are up to. For example, let's say you can't hear incoming phone calls unless you cup your hand to your ear. The ear bud and the ring would detect that they are in close proximity and release the audio. That way whoever is in the room with you knows you are focused on something remote. It's more polite.

Likewise I imagine that in order to read something with your Internet-connected glasses you will have to make a gesture as if your hand is a piece of paper and you are reading it. The hand gesture tells observers you are paying attention to something on the Internet. Again you probably need both your watch and your ring to detect that gesture.

I wonder if someday your tech glasses will be designed to read personalized messages overlaid on your environment without the glasses being connected to the Internet. In other words, the glasses would act more like electronic filters than like computers. The computing would be embedded in the environment and serving up messages on walls, furniture, screens, and name tags. But each message would be on a frequency specific to the viewers in the room. My glasses might only see every 76th bit while yours only see the 925th bit in the stream. A thousand people in a room would each see different personalized messages in the environment. That would feel less creepy than knowing someone is reading TMZ in their glasses while you talk to them.

That's how I see our cyborg future - lots of small tech upgrades that add up over time. My plan is to keep adding artificial parts until one day I die and no one even notices because my organic parts weren't doing much work anyway.

Author of this book 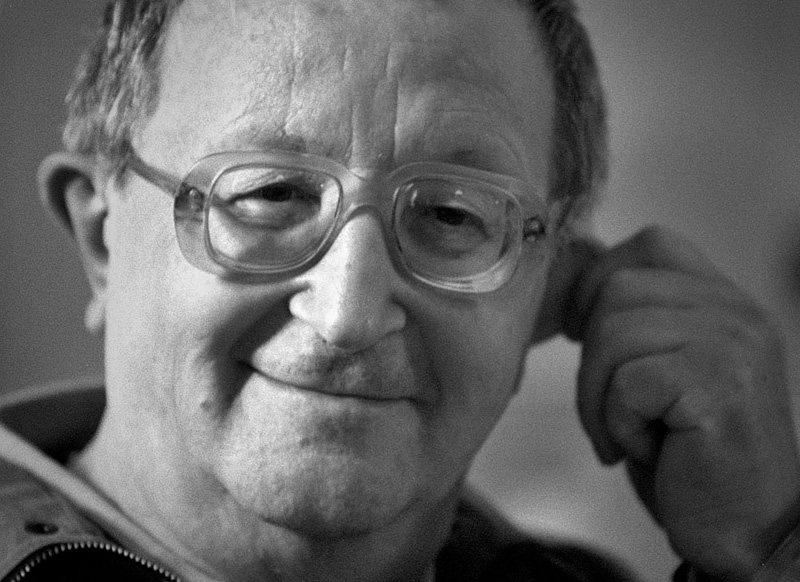